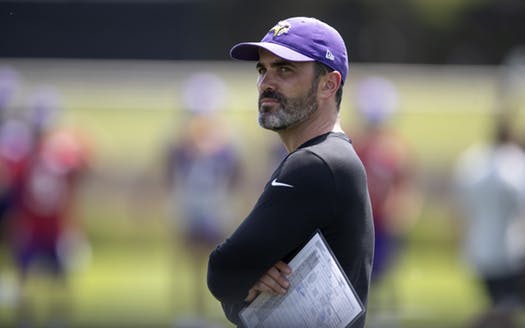 We think Kevin Stefanski listened to Mike Zimmer saying he wanted to run the ball – In the 6 games that OC Kevin Stefanski has called plays for the Vikings dating back to the end of the 2018 season, RB Dalvin Cook has surpassed 100 yards from scrimmage in 5 of those games. pic.twitter.com/HC7YjZOx0q