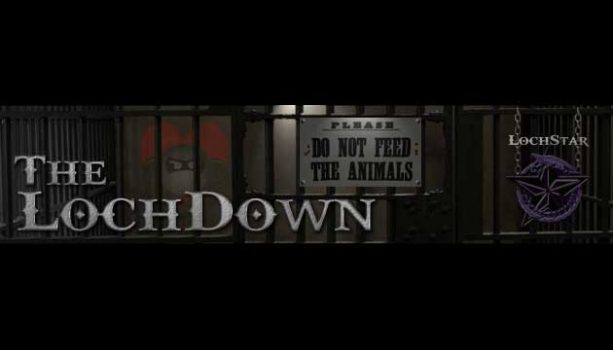 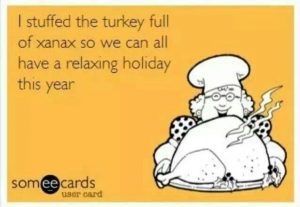 Yes, a double-sized Lochdown can be yours for the price of a single reading! Call it our Black Friday twofer special! We just had a wonderful holiday week, from which now the hangover is just now receding, and it was coupled with a few surprises around the league and our very own Vikings!

I’m going to limit my commentary for the rest of the NFL to week 12, as who remembers other team stuff from two weeks ago, anyways? Besides, I don’t have time to go fix the Wayback Machine and drift back another week before Thursday night’s kickoff. That and myself and Mr. Peabody got completely blitzed and ate Charlie Penguin. We’ll miss you Charlie. Penguins taste like chicken.

Chumlee isn’t coming over to help either. He’s not even returning our calls.

Thanksgiving Day went pretty much as expected, save for one upset we’ll get to in a moment. Tryptophan-induced narcolepsy covered up a Cowboy win vs. the Redskins (cue Nancy Sinatra tune), and the Steelers dominated the fantastically mediocre Colts. There were less surprises in those two games than last Thanksgiving when uncle Bern used the turkey to hide is stash and everyone thought we had a 3D TV (we don’t). Sure made the games entertaining.

Elsewhere the Cardinals confirmed “They ARE WHO WE THOUGHT THEY WERE!” by getting drubbed to the tune of 38-19 by the Falcons. On the bright side, the Cards did not have to sacrifice themselves to the turkey roaster as we were plenty full from eating a 6’ tall penguin. On the sad side, none of the Cards, nor Bruce Arians knows how to fix a Wayback Machine. Too bad, some parts are just that much easier to reach with a flipper.

In a huge upset, the Bucs took down the surging Seahawks (or “OMG SURGING SO HARD WHY ARE MY PANTS SO TIGHT?” in Bobblehead parlance) in dramatic fashion. Sure, the Bucs only scored 14 points but that’s a win when your defense holds the other team to a mere 5. Speaking of which, who scores 5? Is this hockey? It indeed was the upset of the week, and if you perchance listened to the latest Thor’s Hammer… I totally called that. No, no, not bragging… except I totally am. Nailed that one.

The Agony and the Ecstasy

Well now… in Week 11 we pulled out a blessed win, easing back on the pressure that has been mounting through the north. The Vikings put up 30 points against a stringent Cardinals defense, with a rushing touchdown, a passing touchdown, a pick-6, and a kickoff return for a touchdown! That’s more production than we’ve seen from this team since “top your own donut day” at Winter Park.

It was a good outing all around, and before we get to last week’s game in more depth, let’s just stay here a while. Ahhhhhh… good times… good times…

Week 12 dropped us back to reality faster than falling off a bar stool. We strode into Detroit full of renewed confidence and with a little swagger as our Thanksgiving record had thus far been 5-1. That and nobody gets swept by the Lions, right? Right?

We realized just how far 13 points of offense will get you when the defense and special teams do not score. With our sole touchdown courtesy of Mr. Cheese, who went 2 yards on 3rd and inches… wow… we knew we were in for a fight. There’s not much more to say offensively. Bradpool turned in a mediocre game with 224 yards and 1 interception. No running back broke 50 yards. Frankly, the offense stunk.

Defensively we did better… relatively speaking. We kept the hot-hand Stafford to 232 yards and 1 touchdown, but could not generate an interception… or any turnovers for that matter. The Lions total rushing yards amounted to 94, and we did win the sack battle 2-0. Overall, it wasn’t a too bad a game for the defense, holding our opponent to 16 points.

Which was 3 more than us.  Late in the game, once again, Prater landed one more punch (or kick as the case may be) and we responded with a last second pick. I can’t think of a more demonstrative example of winning the turnover battle aside from the “Oh God” movies with George Burns and John Denver. It took the wind out of our sales faster than Coleridge writing on a bender.

Dejected, we left for home to face the upcoming and potent Cowboys, with aught but a 5 minute rendition of the Star Spangled Banner echoing in our heads. Alas, the albatross is still about our neck until at least this coming Thursday.

Another week, another 2-1, missing the upset special. That brings me to 16-8 on Lochdowns this season. Am I happy with that record? You bet your sweet bippy I am!  It’s making me wish I gambled more, though if I did, God would smack me down quicker than Don Corleone smacking Jonny Fontaine. Here’s the list for YOU to gamble on, anyways.

Lochdown 1 – Denver is gonna stomp a mudhole in the Jaguars like a thirsty Stone Cold Steve Austin. After their defeat by the Chiefs, they are not going to be happy, and the Jaguars will be on the receiving end of their wrath. It will be about as pretty as a Martha Stewart fistfight.

Lochdown 2 – As easy as it would be to pick the Patriots again, let’s spread the love a bit. This is a revenge pick, as I don’t think the Lions will have an answer to the Saints offense. If the Saints D can hold it together a little longer than a toddler trying not to pee, they will win in a shootout. Or at least the Saints will be shooting. Now I can’t get the image of how big a revolver would have to be to shoot a football. Someone needs to work on this at DARPA, immediately!

Lochdown 3 – The upset special this week! I have not been unkind to our bitterest, hated rivals this year, but it ends now. They will be upset by Houston. More specifically, A-A-Ron will be upset to the point of tears. Houston’s defensive line is legit, and will put him on his back to the point of needing swaddling clothes. Houston’s offense is nothing to write home about, but you don’t have to be against the packer defense. The “resurgence” of the packers will end… again.

As to the Vikes… Well, we’ve now lost 5 of our last 6. We had a bright moment of hope against the Cards that was immediately crushed, and have more injuries to pile on top of it to boot.  We’re literally limping into this game against the current best team in the NFL with the worst offense in the NFL.

As much as my heart says we will win, my head is telling it to know it’s role and shut its mouth, jabroni.  If we can muster 20+ points, and our defense can become dominant, we’ll have hope. I just can’t see it happening.

Don’t get me wrong, I’ll be screaming at the TV until my eyes bleed purple rooting for this team. I just, for the first time this year, can’t write as a homer. Time to face facts… we’re mid-card against the current ace. The Vikings will lose this one by a score of 31-17.

Hope, dread. Excitement, disappointment. Highest highs and lowest lows. Being a fan of this team is a truly bipolar experience. At least it keeps watching them exciting. Bring beer, Thursday. We’ll drink and cheer with ya.