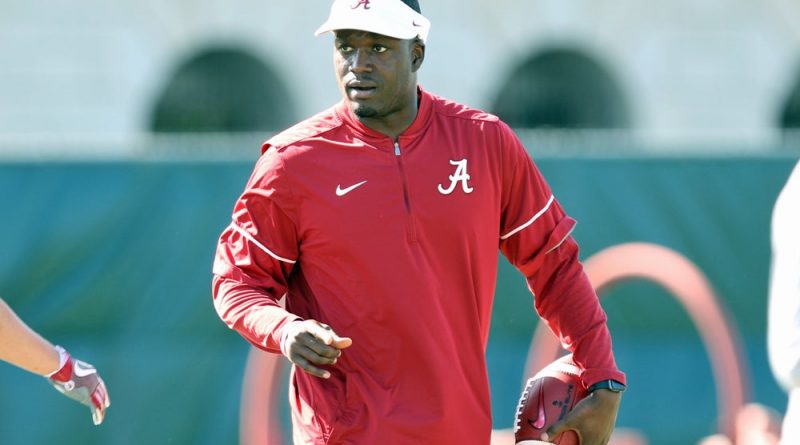 New Minnesota Vikings defensive backs coach Karl Scott probably won’t be positioned in the same war room next to GM Rick Spielman during the 2021 NFL Draft, but his first-hand experience with the Alabama players will certainly be appreciated over the next few weeks.

Alabama has 6 players consistently ranked in the top 35, and another 3 or 4 more in the top 50 of most draft boards. Scott’s wealth of insight when evaluating the Alabama players (and other SEC prospects) may carry as much clout as Jamaal Stephenson’s (Vikings’ Director of College Scouting) opinion.

Scott has spent the past three seasons coaching a talented Crimson Tide secondary under Nick Saban, and this season’s national title is only one feather in his cap. Scott without question has proven he can coach and develop NFL caliber corners.

Vikings head coach Mike Zimmer recently shared this about Scott. “Karl has a National Championship-level background and has coached some of the top college players in the country,” in a statement released by the Vikings last week. “His input in the defensive backfield and working with our developing players there will be important.

I’ve grown accustomed to Zimmer’s understatements, and even though this is a ringing endorsement for Scott, there is much more to his resume.

Scott is more than just a capable defensive backs coach with and Alabama pedigree. He has successfully overhauled and reloaded secondaries at the college level multiple times because he has a great eye for talent, is a top level teacher/motivator, and he is one of the best recruiters (not just under Saban) but in the entire county.

Scott made a name for himself working at Southeastern Louisiana for three years, as the defensive coordinator in 2014 and linebackers coach prior to that in 2012-13. His 2014 defense at Southeastern Louisiana led the Southland Conference in total defense while ranking seventh in the FCS. Scott help lead the Lions to back-to-back Southland Conference Championships in 2013 and 2014. Under his leadership, his unit led the nation in pass efficiency (94.3) and 11th in turnovers gained (28).

Scott’s bio also include two seasons as the secondary coach at Texas Tech where his 2017 unit posted an impressive turnaround, helping produce 29 turnovers, including 14 interceptions.

Scott’s input and influence in the Vikings secondary will be more that just “important”. A quick turnaround in the pass efficiency numbers and the defensive turnover categories would not only help save Zimmer’s job, but could put him in the coach of the year conversation.

Zimmer is on record saying Gary Kubiak has probably been the best thing to have happened to him since he’s been in Minnesota, but I have my fingers crossed, Karl Scott can quickly become Zimmer’s second best thing.