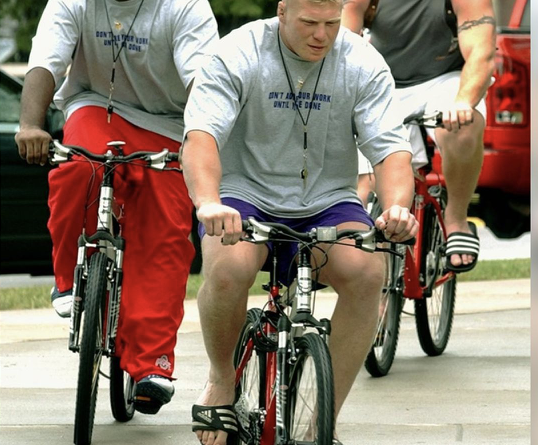 Sometimes you aren't drafted, and you still are the most watched rookie in the NFL. 2004 – Brock Lesnar shows up to make the team after not playing football in college. He would make the practice squad, but reject the offer as money was better in WWE and UFC. pic.twitter.com/OAxfjnMN9D