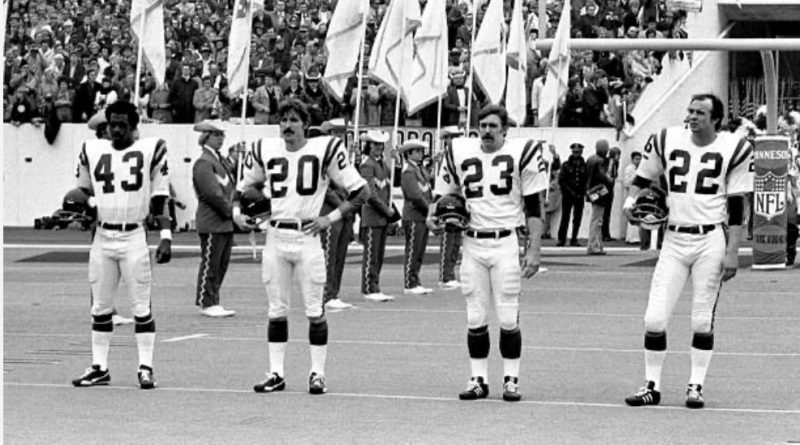 SB VIII Memories- Ray Scott handled the play-by-play in what would turn out to be his last game for CBS. Pat Summerall & Bart Starr provided commentary. Summerall would become CBS's lead announcer during the 1974 season. Ray Scott would be the radio voice for MIN in the early 80s pic.twitter.com/ud9KdKEsfe