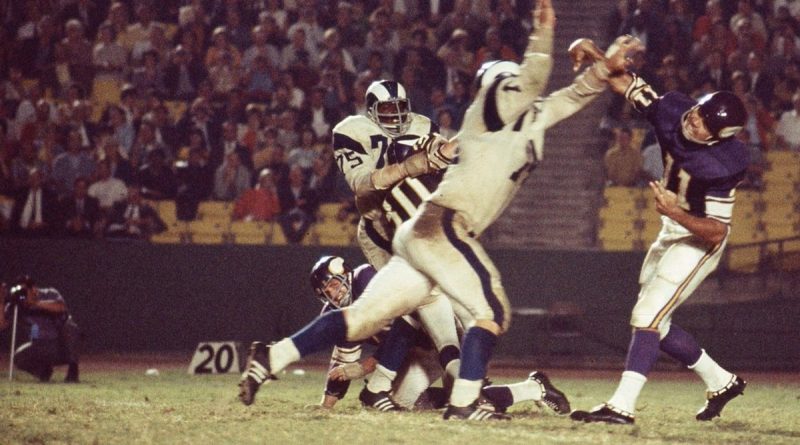 Rams vs Vikings Week -1967 – One of only 2 known photos of the Friday night opener vs the Rams in LA. This was the game where Kapp came in and yelled "F-You to Deacon Jones". Rams won 39-3, but it was 6 Viking turnovers that lost it. Otherwise, both teams had about 225 yds. pic.twitter.com/GubczJdOrq