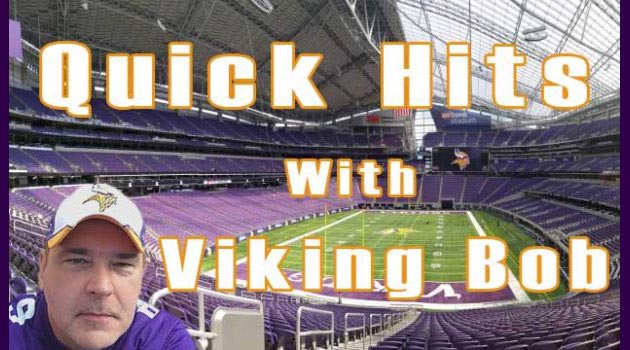 After a very uninspiring pre-season and the league making us wait an extra day to start off our season, all I can say is… IT WAS WORTH IT!  We dismantled the Saints!!!!

1. The Offensive Line – It all started here! 5 different guys starting from last years debacle. They not only kept Bradford clean only allowing 1 sack, but they opened up huge holes for the Running game.

3. Dalvin Cook – 127 yards on 22 carries breaking AP’s record for rushing yards in the first game of a rookie. Additionally he had 3 catches for 10 yards.

6. The Defensive Front 7 – After not looking so good in the pre-season, and AP’s first carry against us went for 9 yards, I was a bit concerned.  In the end they only allowed 60 yards on 21 carries for a 2.9 yard average!!

7. Defensive Backs – Not a bad game, but not a great game for them either. However they did keep the Saints out of the end zone until the saints scored a meaningless touchdown with about 2 minutes left in the game.

Hopefully the team continues to play at this level all season, and we just may have a Home Game in the Super Bowl!!