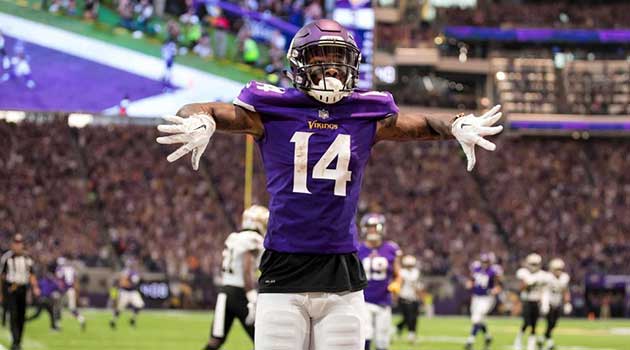 Great way to start the Minnesota Vikings season — Dominating win against the New Orleans Saints and winning a bet with my nephew.  Here are my misc. thoughts:

First, Bradford looked like he had a lot more confidence in his receivers than last year.  There were a lot of throws to open receivers but there were also a number of throws to covered receivers.  Rarely, last year, did Bradford feel confident enough in the receivers to throw the ball even when the receivers were covered.  This resulted in a lot of check downs.  Last night, as the night went on, Bradford seemed more and more confident in throwing to covered receivers (such as one of Diggs’ TDs).  This could have been just due to Bradford’s general growing confidence in the game or it might be the product of the off season work.  It will be something that I will be watching going forward.

The second example of confidence was the fact the Vikes ran a pitch play to Dalvin Cook with less than 2 minutes to go.  Obviously, there is more of a risk in a pitch play than a straight handoff — I thought it showed great confidence in Cook.  Also, do you realize the three rookies are in the top 5 of rushing the first week?  That is pretty remarkable in itself.