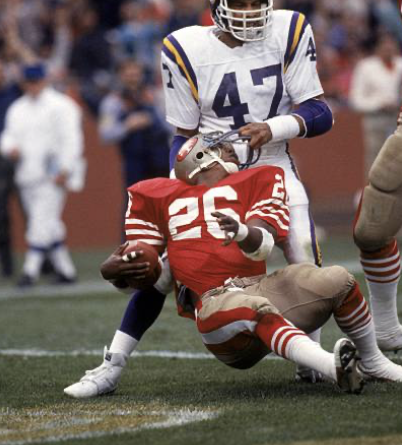 Joey Browner proves that it is only a penalty if it is called. Browner is so often forgotten in Minnesota, when he was such a dominant force at Safety. Hall of Famer Paul Krause would not beat him out for a starting position in both of their primes. pic.twitter.com/Vb4YZPxIwr