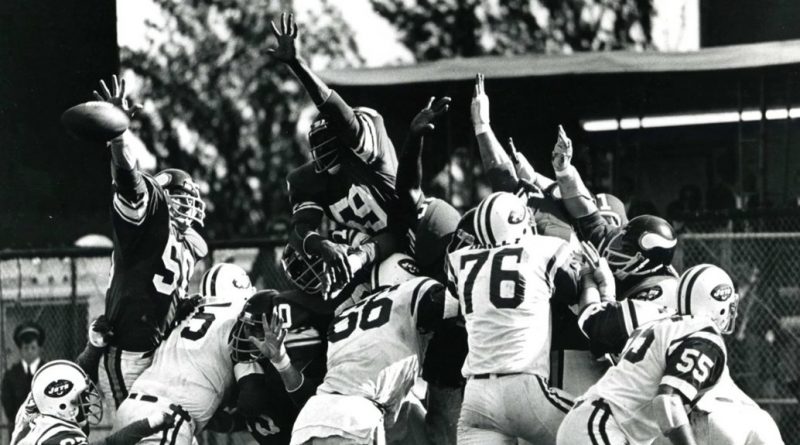 Jets Week – Photo Flashback 1975 -MIN blocked 13 kicks in 1975, with 2 resulting in one point wins. Look at the penetration they got that year. Bud Grant said he would share the trick he learned after the season. He never did & none of his future teams were as good at it again. pic.twitter.com/m4JQAuATJC