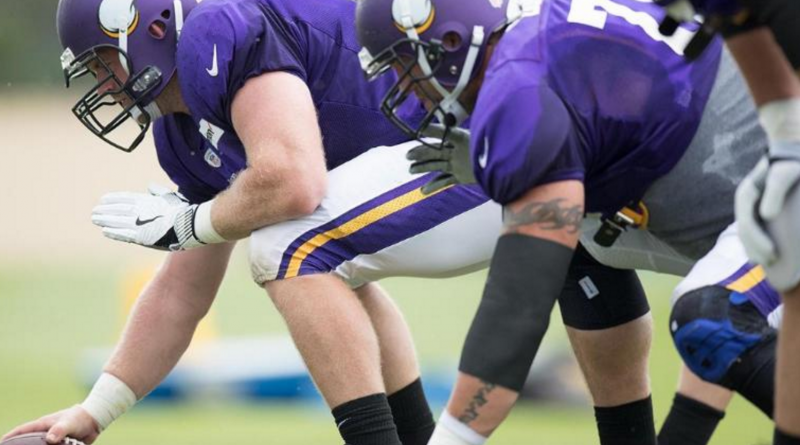 It’s that time of year again. The season is just around the corner. Mere days before the opening week of the regular NFL season begins. For many fans this is the time of year when their cups are overflowing with optimism. Dreams of confetti flying through the air as their team finally hoists the Lombardi. The outlook is good the enthusiasm is running high….. Until our cheerios are inevitably tainted with the splattering stream of the local media’s (and media wannabes) yearly offering… “Don’t get your hopes up Viking Fans”.

Like an overly cautious mother of an unfortunately pimple faced son we are warned that our hearts will be broken if we dare to dream that we might get the girl. It happens every year and this year will be no different. Remember Viking Fans we may just get beat by that Titans team and then what? Huh? Then what? After all we lost our first game last year too…. Yes I actually read this type of thing online in the last week. As if what happened a year ago against a completely different team in a game in which both teams will now have different rosters means anything at all. No there’s mommy media telling us to not get too excited about the upcoming football season that we have all agonizingly waited for with enough angst that we actually tried to placate our uncomfort by watching a Twins Baseball game or two.

Why do the locals do this every year? Are we not Viking fans that have witnessed the worst heartaches in the history of sports? Wide left, 41 donut, too many men and of course the most recent failed chip shot. Come on can’t these mother hens give it a rest already? We are VIKINGS fans. You can rip our hearts out throw them out into the street and run them over with an eastbound Leinenkugels delivery truck with Wisconsin plates and still we are going to come back for more. That’s just who we are as Viking Fans.

Ok ok perhaps the reference to that pimple faced kid is a little too close to home and of course this team has a few blemishes here and there. But we’ve got some pretty good assets as well. First of all we have a defense that was very good last year and looks to have improved in that area as well. But aside from that there is all the talk about Teddy needing to improve in order for this team to progress. I don’t think I’d be too far off the mark in saying that we had one of the worst offensive lines in the entire league last year. It was so bad that when you refer to our line play the term “offensive line” becomes an automatic pun. Now we’ve made some moves here and there and while those moves may not be earth shattering the have to result in better line play than last year. Given that we will likely see better line play should we not expect to see better play from the Quarterback that was running for his life last year? I have to believe that it would be one of the safest bets you could make that Teddy Bridgewater will improve upon his 2015 season just based on not having to run for his life. That and this being his third year in the league.

Additionally on offense perhaps we finally get to see what Norv Turner has had concocted for this team since he first came here in 2014. When He was without his star player for the entire year. Or when he was forced into starting a rookie QB long before it was intended. Or what he likely wanted to implement in 2015 when his offense was limited by a mash unit in the trench. To think that this team likely hasn’t improved in several ways, from a player talent level perspective, from a coaching ability standpoint, from a team cohesion angle just tells me that someone out there is looking to throw shade on hopes of Viking Fans….. Because that’s what our local media does every year when this time of year rolls around.

Nope not this year.

This year we are getting the girl… and we are going to the dance. There just isn’t any other way for Viking fans to look at it.