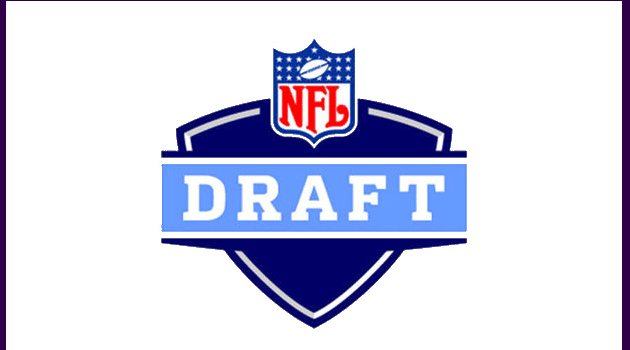 2(48) – Malik McDowell (DT Michigan State): From time to time a player’s discipline issues can be the benefit to the drafting team due to the value you can find on the board. McDowell doesn’t have off-field issues but showed a varying level of effort in his time at Michigan State. Too often would you see McDowell taking a play off or simply not giving it all. There are definite questions about his motor and passion for football. From a pure football perspective he is a top 15 talent and has the physical traits to be an elite disruptor in the NFL. In the right system and with some personal effort he should be able to flourish and develop into a pro bowl capable 3 or 5 tech in the NFL. Without a 1st round pick the Vikings take a bit of a gamble on McDowell in entrust Zimmer and Patton with project of developing him into an elite 3-tech DT. One of the areas McDowell struggles is with his lack of pass rushing moves, something Patton has taught others along the line. Unlike other 3-tech’s in the Vikings system McDowell also plays with strong leverage and can anchor against the run and eat up a double team. High ceiling / high floor pick.

3(79) – Ethan Pocic (C/OG LSU): After bolstering the defensive front in round 2 the Vikings turn to the side of the trenches that still need significant work. Pocic played center in 2016 for the Tigers and projects as a versatile inside piece at the next level. Pocic is best when playing downhill in the run game. He has the agility to get to the next level and loves to finish off his blockers. As a pass protector he holds his own but can struggle to anchor against some of the larger and forceful inside pass rushers. Pocic is a nice piece for the Vikings as they find a long-term solution at RG. One options would be to let Pocic remain at center and compete with Easton for the starting spot while moving Berge back to guard. The alternative is also true with Pocic being able to compete with Sirles for the starting right guard opening. Either way, the pick gives the team a few different options.

3(86) – Isaiah Ford (WR Virginia Tech): The obvious hope is that LaQuon Treadwell can take the next step as a receiver and hold down a starting spot on the outside. Unfortunately the losses of Cordarrelle Patterson and Charles Johnson on the outside have left the Vikingswithout much depth. Issac Fruechte will likely get a strong chance in camp to make the roster but he will not be the sole solution for depth. Isaiah Ford is the type of speed receiver you can line up on the boundary to make a play over the top. On tape Ford makes catches in contested situations and isn’t afraid to go up and fight for the ball. The struggle Ford will have in the NFL is learning to navigate DB’s forcing him off the line of scrimmage. As a smaller player this could be an immediate challenge. Ford has the potential to develop into a strong down the field weapon with a bit of development, however there is a bit more risk associated with him than prospects drafted a bit earlier.

4(121) – Marcus Maye (S Florida): Although Andrew Sendejo took a step in the right direction in 2016 there is still an apparent lack of depth and lineage at safety. When either Smith or Sendejo missed time due to injury the pass defense and at times run defense suffered. Marcus Maye is the breed to safety the Vikings like to develop due to his ability to play both in the box vs the run but also comfort over the top. Maye is physical at the point of attack and is natural coming off the edge into the backfield to sniff out the run. In coverage Maye plays rather tight coverage but has had some lapses tracking the ball. Although his hips are not natural they’re good enough and his long arms make up for some of his lost time to turn and chase receivers. Maye can come in from day one and be the clear #3 safety who can fill either role due to injury and can replace Sendejo if he were to struggle or depart in the future.

4(129) – Wayne Gallman (RB Clemson): Entering 2017 the Vikings RB committee will be lead by Latavius Murray and Jerrick McKinnon, that is not a testament to the future. McKinnon is entering the last year of his rookie deal and Murray’s contract could be opt out of following the season. Wayne Gallman has a highly productive runner at Clemson who will need a bit of time to get acclimated to the NFL game. The major gripe with Gallman is that he isn’t an explosive/flashy runner and runs with a higher pad level than most coaches would prefer. Gallman does provide a lot of grit between the tackles though and has the long speed to take a carry to the house if the blocking is there. As a pass catcher he shows average hands and can make some plays around the LOS in the passing game. Will he be a feature runner at the next level? Likely not. But in a committee approach he should be able to make an impact in short yardage and red zone opportunities.

5(160) – George Kittle (TE Iowa): Regardless of level of need it is always smart to target the positions of depth in each draft class, TE is one of them this year. Kittle is an interesting prospect since his best tape on-field is as an inline blocker but his athleticism speaks to a player who should be able to make plays down the field. Iowa runs a pro-style offense and didn’t give Kittle volume of plays for him to make an impact as a receiver down the seam. In the NFL Kittle is likely too small to be a pure H-back but can play inside the formation as a blocker and seam pass catcher. For the Vikings, this would allow them to move Rudolph around the field to dictate a more favorable matchup for their receiving threat.

6(199) – Jeremy Cutrer (CB Middle Tennessee): This is a pick that carried over my previous mock draft. Cutrer is what you’re looking for when you want to develop a DB from a size/speed discussion. For the Vikings he just happens to be a nice schematic fit since he excels of playing off-coverage and playing down on receivers. Moving forward he will need to improve at making plays on the ball, he dropped multiple turnovers in college and learning when to get his hands off. Although Terence Newman returns for the Vikings he may have to end up in the slot if Mac Alexander cannot make the transition by September. Either way, depth on the outside is always coveted by every team.

7(232) – Brad Seaton (OT Villanova): Although the Vikings were able to add two OT’s in free agency, depth is still a valid concern. Seaton is a small school prospect who was able to flourish at LT in his time a Nova. Although rather raw fundamentally, Seaton is a massive human being and makes it nearly impossible for pass rushers to work through him. As a run blocker his pure mass becomes a problem from small LB’s and DB’s due to his upper body strength. In the NFL Seaton has the potential to remain at LT but likely projects to be a run mauling RT. I’d tell you more but there is seriously very limited tape of him available.