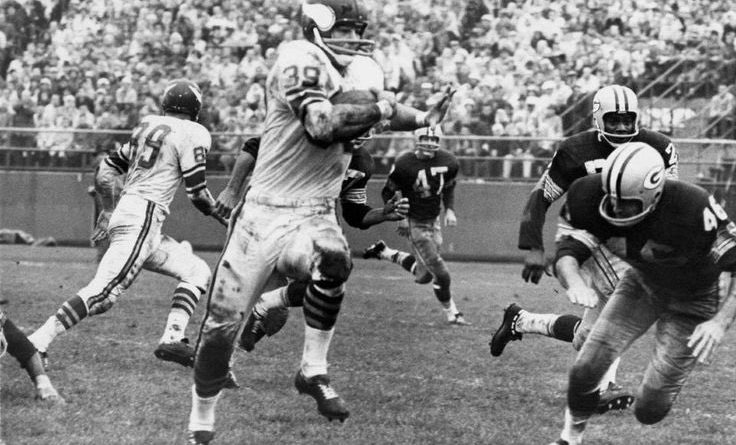 From the 1961 season, the expansion Vikings first played the Packers at the Met on Oct 22. They played them the next week too in Green Bay! Here are two rare photos from the second game. #39 for MINN is Hall of Famer Hugh McElehenny. #vikings pic.twitter.com/mbU4YrJCqd