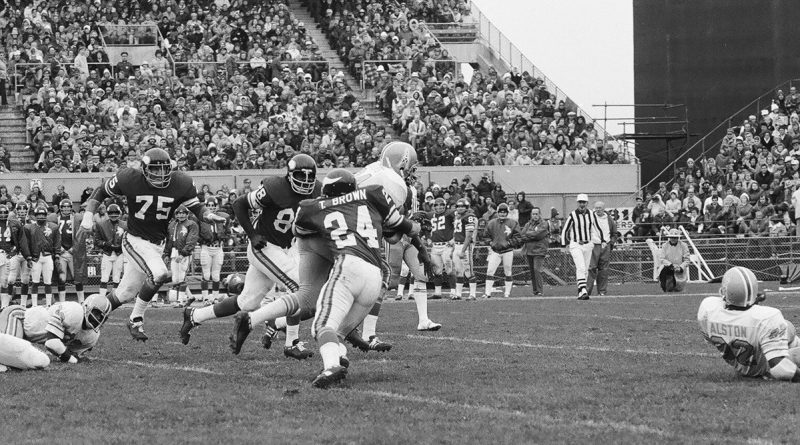 From our unpublished photos series – In this shot, DB Terry Brown has an Oiler receiver under control, but you can see that Alan Page is coming in to give him an "extra" forearm shot, and Bob Lurtsema (#75) is likely to get in on the action too! 1973 #vikings @PageEdFdn pic.twitter.com/6VDVERPwrO