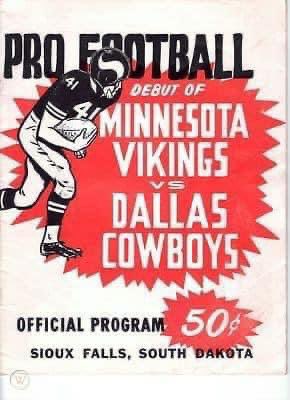 Cowboys Week – Did you Know? The Minnesota Vikings played their first game as an NFL franchise on August 5, 1961. They lost to the Dallas Cowboys 38-13 in an exhibition contest before 4,954 fans at Howard Wood Field in Sioux Falls, SD. pic.twitter.com/87oHCSkQVl