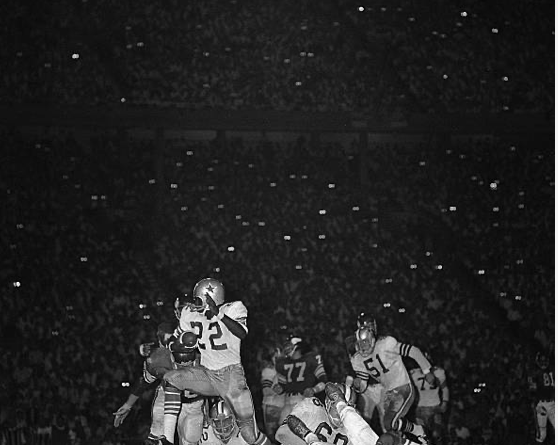 Bullet Bob Hayes ("Fastest Man on Earth" due to his Olympic 100 meter dash win) vs Minnesota in the final preseason game of 1966 at the Cotton Bowl. Vikes lost a close one 28-24 and the starters for both teams played the entire game! Oh, how preseason times have changed. pic.twitter.com/aaijeLbLtY