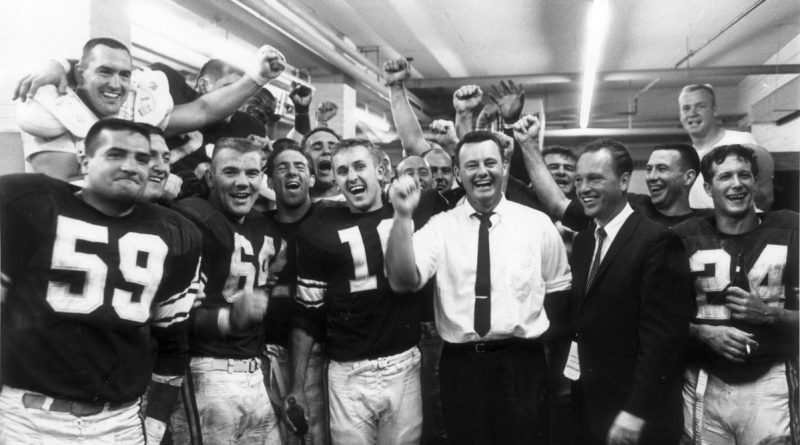 Bears Week Freeze Frame – Something that happened all too infrequently during the Norm Van Brocklin era – he smiled! Here he is with his victorious Vikings after their Franchise opening game upset of the Bears in 1961. pic.twitter.com/c5Csqs0Gqp