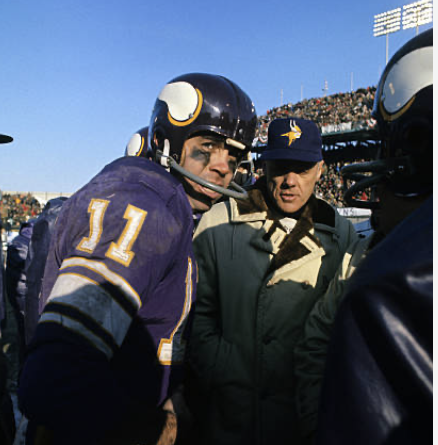 1969 NFL Championship Game Photo Bank #4 – Joe Kapp confers with Bud Grant (left) and Paul Krause holds for a Fred Cox PAT. The photo of Cox was featured on the 1970 Vikings Media guide. Freddy was that good in 1969Led league with a 70% FG conversion (unheard of back then) pic.twitter.com/ZdrSpkbHZa