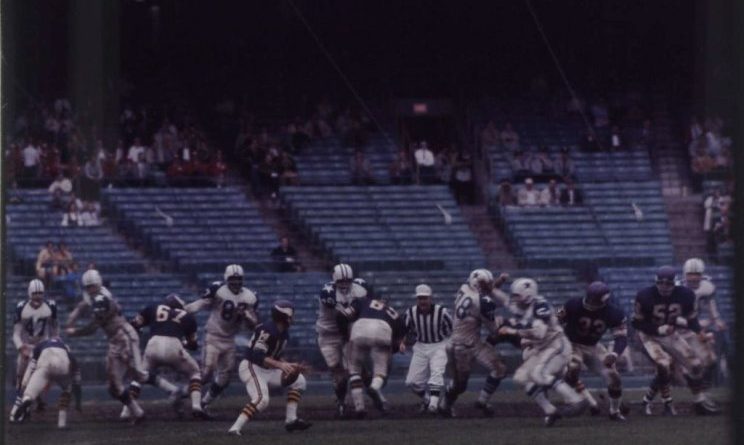 How different the NFL was in the early 1960s. Imagine a non-pandemic year where there were this many empty seats (1961 Expansion Vikings vs 1960 Expansion Cowboys. 1961 was the only year that Fran Tarkenton did not take snaps from Mick Tingelhoff. @Fran_Tarkenton pic.twitter.com/dsI3peE3TR