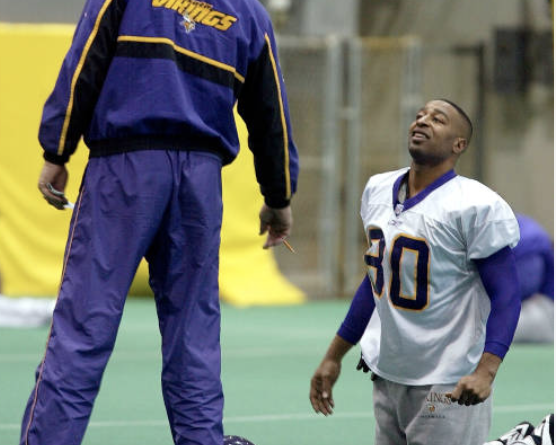 Cris Carter talks to Mike Tice in the very 1st practice Mike coached at the end of the 2001 season. Most think Denny Green was fired, but he forced his way out, assuming he would be fired. McCombs didn't want that, as it would have cost him money. Green was safe. @criscarter80 pic.twitter.com/LXm2MgV0IN