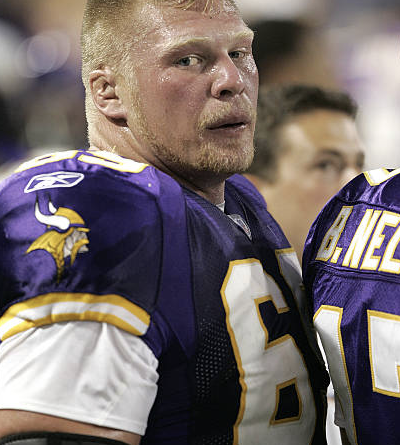 Yep, Brock Lesnar was a Viking in preseason 2004. Even though he made the practice squad after not playing since high school, the money was too big in WWE and UFC to be on the practice squad, so he declined the designation. pic.twitter.com/w9gZNjpxSo