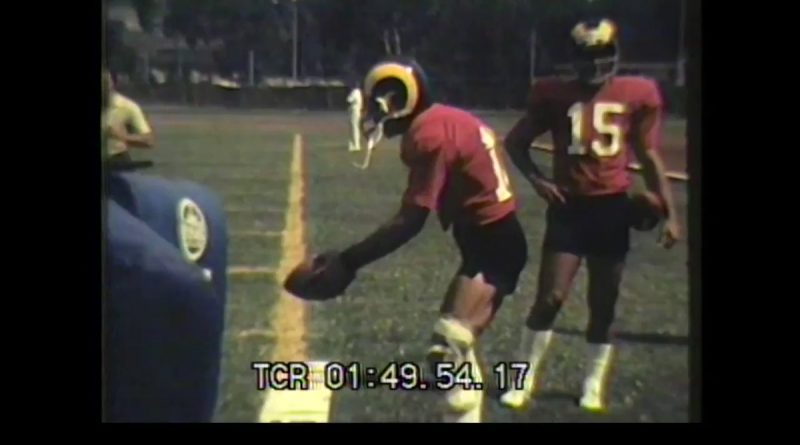 We are 99.9% Vikings, but our archives sometimes offer up a gem on other NFL teams. This is 1977, raw footage of Joe Namath with the Rams. At the end he came up short because he missed a #84 (seen in the end footage) who was Randy Moss B4 Randy Moss. @RealJoeNamath @RandyMoss pic.twitter.com/aTXtkngyCZ