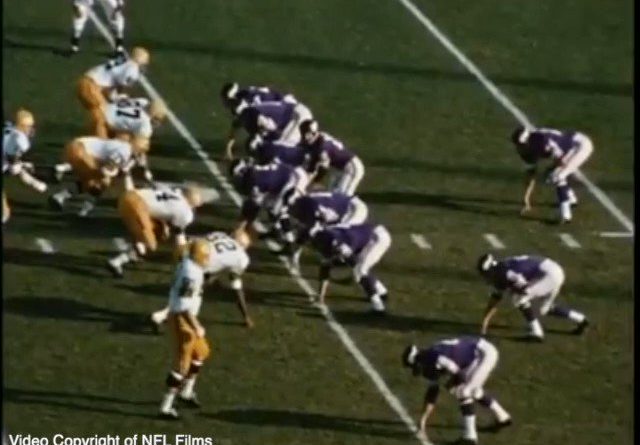 Vikings vs Packers Week – 1965 – At the Met, the Vikes would lose this one handily, but let 13-10 at the end of this clip. In 1965, NFL Films would recreate the highlights like it was a live broadcast. Focus is on Tarkenton as called by Tom Brooksheir. @Fran_Tarkenton pic.twitter.com/299S5TvDKX