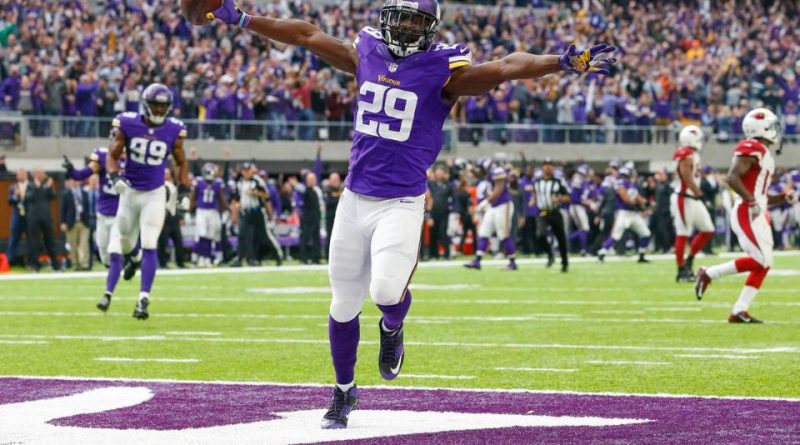 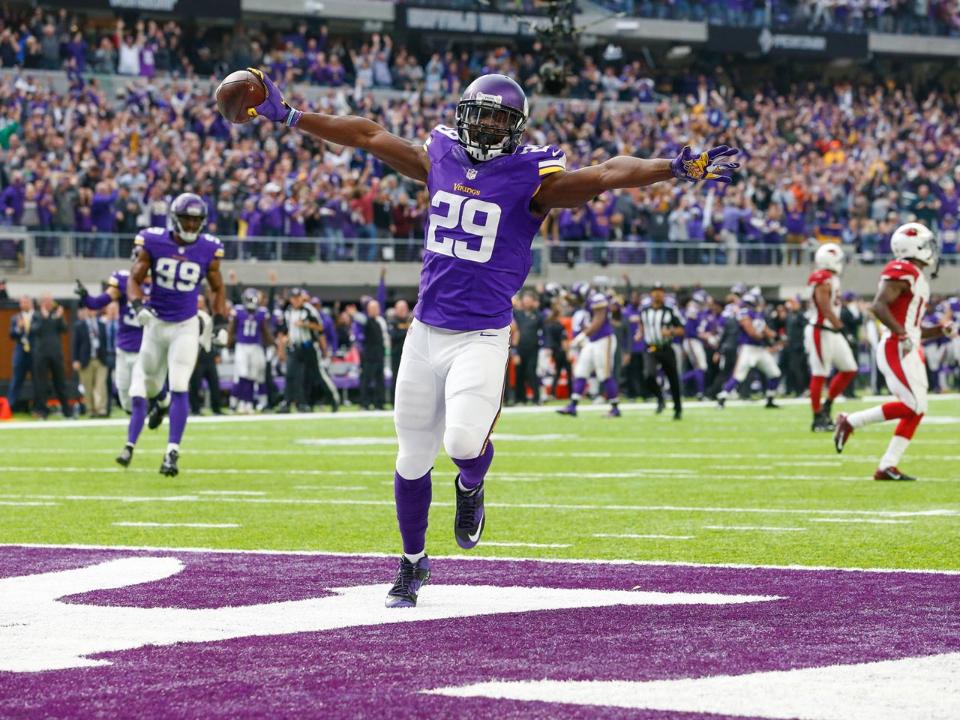 After an extended drought, we are back looking for the good in our latest edition of the USB Drive of the Game for week 11, dubbed the Rhode to Victory.  Could have well been, Razing Arizona,  Planting Palmer or A Challenge-ing Victory.  Patterson’s 104 yard kick return TD was also considered, but since it really wasn’t a drive and just one play, it doesn’t fit the concept.  But that score, coupled with the drive chosen really set the table for the defense to turn up the heat on Palmer in the second half.  The running game that was gaining yards and setting up the rest of the offense for the Crimson Coach in the first half was all but abandoned.  And becoming one dimensional against our front four is a dangerous game to play.

So onto the Rhode to Victory.  The Cardinals offense was rolling, RB David Johnson had almost 100 yards rushing in the first half.  They had scored on consecutive drives of 75 and 78 yard and thanks to a poor kickoff by newly acquired Kai Forbath, were starting out on the Vikings 48 yard line.  For reasons unknown, Arizona coaches decided to NOT ride the hot hand and that Ellington needed some carries.  Palmer started the drive poorly, missing on 3 straight throws, but a penalty on Trae Waynes gave them new life.  A mix of three Ellington runs gained 15 yards before another penalty on Waynes gave up another 8 yards and a first down.  Waynes really seems to have a run of bad luck or not grasp that a flag means he needs to dial his physicality back a little.  His penalties all seem to come in bunches as the refs focus in on him.

Palmer went right back at Waynes for a 15 yard gain to Fitzgerald.  It seemed that Fitz got away with offensive PI on this play, pushing off a bit to create the separation.  Thielen got called for the the same thing at another point in the game, but seniority matters in the NFL and Thielen and Waynes are on the wrong end of that stick.  Sensing a theme developing on this drive, one more attempt was sent towards Fitzgerald and Waynes, but this time the youngster made a great play to break up the pass.

It was now 3rd and goal from the 9, a critical moment for the Vikings.  Already showing signs of letting the game get away, they needed to hold the Cardinals to 3 points here.  Or zero if the AZ kicker could be trusted to be as unreliable as our previous kicker.  Arizona looked to take the lead and had marched the ball at will on 3 straight drives.  Our defense had not stopped the Cardinal offense yet and seemed like they were going to be in for a long day.  But to the delight of the home crowd, almost perfect coverage and a great play by several defensive backs left Palmer trying to force a throw and Rhodes closed in on the errant throw and galloped 100 yards to pay dirt. (puns are always intended, and Rhodes had promised to ride the pony)  He wasn’t going to leave the ball in the offenses’ hands this time and he outran everyone including the speedy WR Brown for the 100 yard Pick 6.

For an excellent breakdown on the coverage, I will point you to this article by Goessling on ESPN.com.  I will take an excerpt to highlight two other players that really made the play happen, allowing Rhodes to steal the ball, the score and really the game from Palmer and the Cardinals.

“The first thing here is the safety play — look at Sendejo, look at his technique,” Bowen said. “That’s perfect. He stays square, gets into his pedal, and he opens his hips to [Larry] Fitzgerald. He’s anticipating the dig route, or the square-in. That’s exactly what you want, because now he’s in a position where if they throw that ball, that’s a pick, too. And you look underneath — this jam by Munnerlyn? That’s what makes the play.

Yes, that is someone praising the coverage of Sendejo.  He took away Palmers first read and the key contributor on this drive.  Excellent work by our undervalued safety.  Also, Munnerlyn jammed Brown, not giving him a free release to the outside.  Brown kept driving into Munnerlyn for some reason, leading to the Crimson Coach screaming for a flag.  But really it was just a WR running into a DB.

So instead of trailing and hoping the offense could find a way to bail out the D for once, the touchdown by the defense put the Vikings ahead for good and turned the game around.  Following Patterson’s kick return TD in the second half, the Cardinals had only one drive where they focused on pounding David Johnson and that was their first drive of the half.  Our D stopped that drive, and then Cardinals became rather one dimensional.  Our D line turned up the heat and started to dish out the pounding at that point.