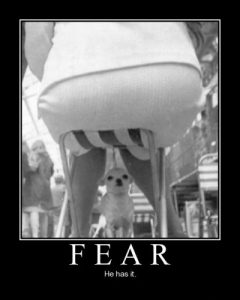 Football in London! The Jags and the Colts faced off across the pond in a game that thrill… um… excit… erm… wow that game was bad. The NFL has to be careful who they send over, or Britain will Brexit their NFL game contract. Suffice to say, the Jags pulled it off, proving that the Colts slump is not a fad, they truly stink in that “scented Kotex” kind of way.

The Bills shocked the Patriots in ways that are normally only available in the back room of a video store. The win elevated them to the lofty height of 2-2 while leaving Patriot fans furiously shouting “JUST WAIT UNTIL NEXT WEEK!” The television bobbleheads largely agreed, not wanting to waste all the drool they have thus far expended on the Patriots. I get that the Pats are a good team but wow, if you look at the ESPN power rankings you’d think losing is the key to victory. Sometimes that crack pipe is just too hot to touch, ESPN.

The Cards collapsed under the meaty hooves of the Rams in a shocking upset. The bobbleheads-that-be are now anointing the Rams defense as legit, and the rest of the league is hereby put on notice. In other news, a yawn epidemic has spread through the collective NFL fandom. Still the Cardinal collapse looked like a Life Alert video, starring Carson Palmer who fell, and could not get up. Yeah I stretched for that one, but I broke the plane so cut me some slack.

Finally, the Falcons gave fantasy owners who were lucky enough to have Julio (as well as those who for some reason started Matt Ryan) a reason to spend their Draft Kings winning on a Brazzers subscription. 48 points, 503 yards passing, over 300 of which were to Julio… and well, there’s not a lot you can do against that offensive deluge. Mind you, this occurred against the Panthers, who the Vikings dismantled a week before. Apparently the Vikes hit them so hard they broke their spirit. I kind of like that mental image… Panthers shuffling out onto the field with thousand-yard stares. Maybe the NFL needs to start support groups for players who take the field against our D.

Speaking of the Vikings…

The Glory of Victory

Man I love being able to write these after a win! We should try to win every game!

The Vikings came howling out of the fro… uhhhh… pleasant fall evening with enough wrath and fury to make a 2 time Superbowl MVP wet himself enough to need a catheter. Manning was on his heels all night. Even though he didn’t take a sack, the important thing was that he was so keen to avoid them he was making some terrible decisions. It looked less like he was playing football, and more like he was playing hot potato. At some point it almost felt like bullying with Eli running as fast as he could to avoid getting a mega-swirly. Eli looks eminently swirly-able as it is…

The defense shut down just about everything the Giants attempted. Sure there was one blown tackle and coverage on a screen pass, but otherwise I’ve seen less suffocation under a pillow (don’t ask). The “elitest trio of elite-y elite wide receivers in all the whole world and my personal computer wallpapers” (according to the analysts this week) managed to accomplish about as much as Scott Baio at the Republican Convention. In single coverage our defensive backs took their lunch money and probably at least 2 of their girlfriends. That’s probably why OBJ had yet another tantrum, but this time the kicking gear maintained safe distance. This may be the first, professional wide-receiver who needs a “safe space” on the sideline.

Offensively, the Vikings were stable and steady. Kind of like your friend’s dad when you were growing up who would be “shaved” and “sober” on Christmas morning. They moved the ball efficiently and protected it, while actually cracking open the Norvell Turner Codex Footbalicus (I always imagine it’s some huge tome covered in arcane runes on a pedestal in a basement, somewhere) and putting in some new twists. Wildcat? Woah. Patterson getting playtime? Double woah.

Actually it’s great to see Patterson turning his game/attitude/everything around and getting involved. He makes things happen when he gets the ball, and will be a serious weapon if it continues. Speaking of players we haven’t seen much of… 2 “yuuuuuuge” catches by Charles Johnson. “YUUUUGE. The best ever.” It was refreshing to see a couple of successful deep strikes by this offense and CJ getting involved. Kudos to Bradpool for making one all but impossible to drop down the sideline. CJ would have had to seriously bat it up like a volleyball to not pull that one in.

A triple whoa would be our running game finally being established! 104 yards rushing seemed but a pipe dream a short time ago. Kudos to our offensive line for opening the necessary holes for this, as well as keeping Bradpool upright. It was their finest outing this season by a wide margin.

In all, this game was, while not a sackapalooza like our previous outings, probably our most dominant game as a whole team. The Giants were simply unable to get traction on either side of the ball. It was like watching Reese Witherspoon try to push a pickup truck out of a snowbank in heels. If this is a sign of things to come, I will need to get some Huey Lewis shades to keep looking at the future.

Yeah I know I was absent from your collective eyeballs last week. The world mourned yet kept on spinning through those dark, bleak days. Fear not, however, I have returned!

In week 3 I went 1-2 due to technical difficulties (that’s my story and I’m sticking to it). My season record still stands at 6-3 which means I can still charge you for this column; But out of pure benevolence I won’t. You’re welcome.

This week’s first surefire Lochdown is the Patriots over the Browns. Yeah, I pick on the Browns a lot, but well, that’s what you get for sucking that bad. Still, one of these times the Browns will pull a mega-upset, and if it’s this week I will laugh along with the rest of the world. Still, with Brady coming back and the Pats angry after getting blown out by Buffalo, the Browns have about as much chance as Frosty the Snowman fighting MMA against Satan.

The second surefire Lochdown is the Steelers rolling over the J E T S. The Jets have fallen off the cliff of terrible and landed in Putridville. They manufacture more turnovers weekly than Cleveland manufactures sadness units. The Steelers are firing on all cylinders on offense, so this one won’t even be close.

My upset Lochdown pick of the week is gonna be risky. Well duh, that’s why it’s an upset, right? Still I’m sure there’ll be some who shout about it in bars and write my mom really mean letters, but I am saying here, in front of the naked eyes of readers everywhere, that the Bucs will upset the Panthers. I think the Panthers are on the ropes and psychologically reenacting Apocalypse Now, so they are ripe to be picked off by a team looking for a reason to keep playing. Seriously, if the Bucs don’t find some light soon, they’ll probably all get on a bus to Canada and pretend it’s the Polar Express. Still, if there’s a time for an upset like this, it is now. So I’m predicting it.

As to our beloved Vikes… they are hosting “the other Texas team”, the… uh… Texans. Huh, that didn’t work out at all like I thought it would in my head. Anyways, the Texans are a team purpose-built to be decimated by the Purple Reign. So much so that I would *le gasp* even call this a potential trap game!

Unlike the days of yore, however, we have a coach who will not tolerate such tomfoolery. B-Rock is a pure pocket passer with a middling arm. He will rely on a running game from Lamar Miller that can best be described as “included in a lunch pail” until such a point as they need to air out the ball more. With a couple of decent receivers, our DB’s will have to be on their toes lest they suffer the indignity of B-Rock looking all-pro against them. Still, by the time B-Rock does chunk the… uh… rock, he risks being demolished by the ‘Reign.  Unless he pulls an Eli and throws the ball anywhere he can within 1.5 seconds and cowers, he will take a beating from our relentless pass rush.

Offensively, while JJ “Ah need me a cowboah hat” Watt is out for the season, they still have a rough-and-tumble defense. Our O-line will have to don their big-boy manties once again for us to move the ball against this team. If the gelling we saw vs the G-men (and not the gelling in OBTantrum’s hair) is a sign of things to come, then I have confidence we will again be able to wrangle out some run yards, along with another clean, mistake free passing game. It will be efficient and it will be enough.

A quick shout out to all my peeps at vikefans.com! We’ll see you all this weekend for the tailgate! Check out vikefans.com for some serious football smarts by seriously awesome peeps.

Until then, stay stealthy my ninjas!