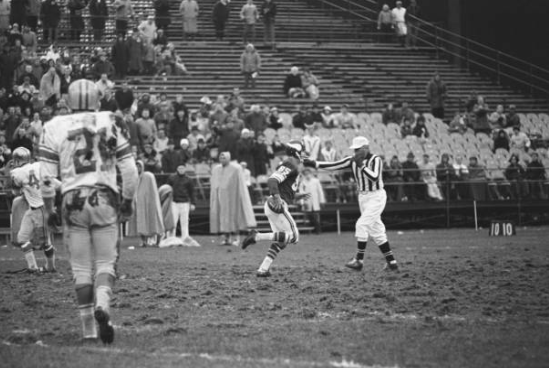 The day after JFK was assassinated, the Vikings Paul Flately is shown a play blown dead in front of almost no fans at Metropolitan Stadium. The NFL would realize later that playing a slate of games on such a disastrous domestic event was not appropriate. #vikings pic.twitter.com/oUdu8iQAY1