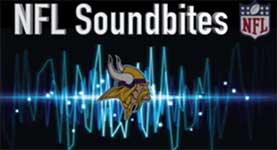 This is a crisp 21 minute audio cast.

We cover just 7 topics, and if you are limited on time, here is where you can find each:

4:12 – Why the Viking run game was more effective vs the Giants

6:06 – Peter King of Sport Illustrated said Sam Bradford is the League MVP so far. See if I Agree?

8:05 – What is the role of Sharrif Floyd when he comes back from injury, given the success of his replacements?

10:34 – Are Carson Went and Dak Prescott the real deal as NFL QBs, or will they wind up like RGIII and Colin Kaepernick

19:55 – I reflect on what I wants to ask former teammate and HOF receiver Cris Carter on this show next week