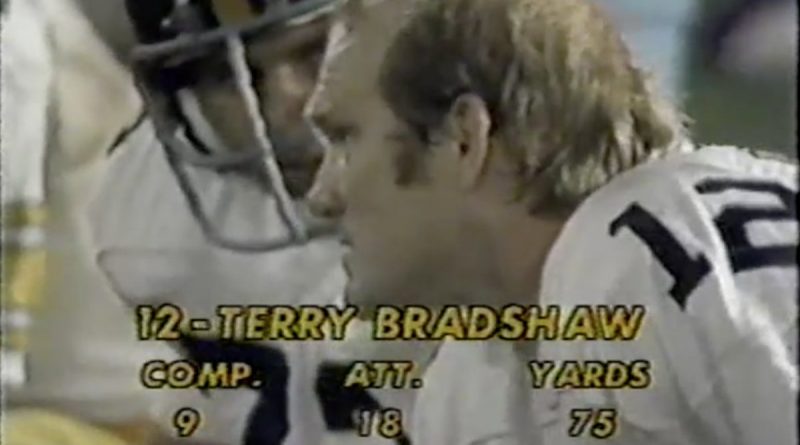 Terry Bradshaw's stats in a MNF game vs Minnesota in 1976. First time the two teams played since SB IX, and the Vikings stomped Pittsburgh behind Bob Lee, but mainly form the legs of Chuck Foreman that night – over 140 yards in the win pic.twitter.com/MpfG1tpGN3