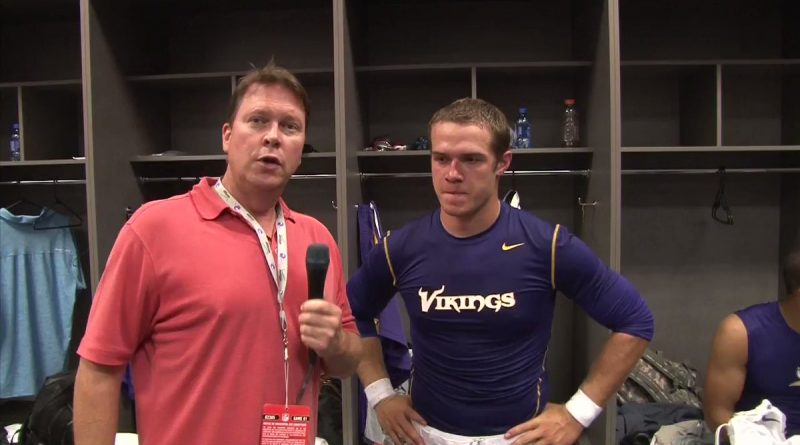 Taylor Heinicke played very we'll last night in WASH, but he was a Viking back in 2015-we interviewed him in the locker room after a preseason game in Dallas. He started & led the team that night. He was one of the rare QBs we've interviewed who spoke freely (not soundbites) pic.twitter.com/rIfP6CSqFD