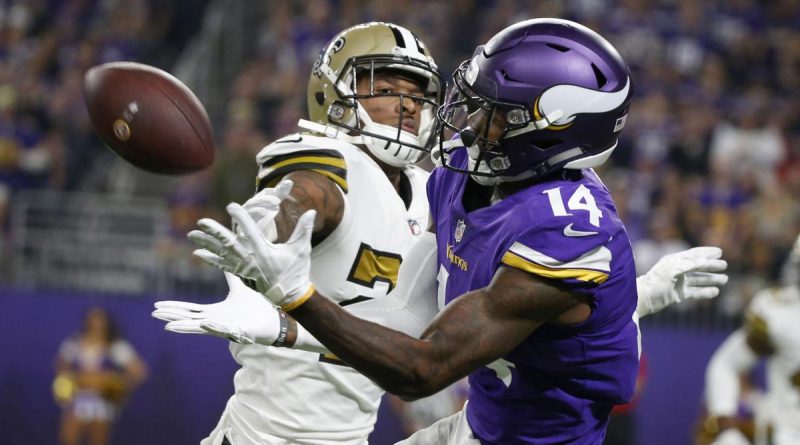 Sure, you can catch a ball against your aging, overweight neighbor, who lost coverage when the word "hut" was called. But, look at the margin for error on a pass catch in the NFL. Concentration, effort and courage are the keys for a successful NFL receiver. @stefondiggs #vikings pic.twitter.com/s20K6qnrQe