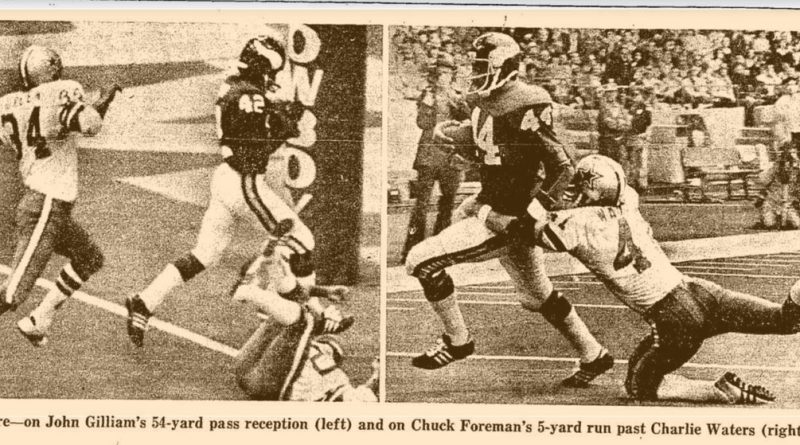 Newspaper photos that day after the Vikings defeated the Cowboys in Dallas in 1973 to advance to SB VIII. Back then, they rotated the NFC Champ game and the Vikings had the better regular season record, but the game was held at Texas Stadium in Dallas. @HPBudGrant @ChuckForeman pic.twitter.com/NXALutxEED