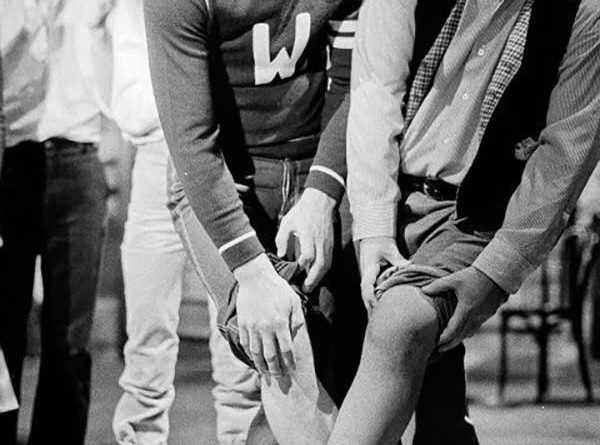 January 1977 – just after the Super Bowl loss to the Steelers, Vikings QB Fran Tarkenton was the first athlete to host SNL. This is a rarely seen photo of that show. We believe it was taken during dress rehearsal. pic.twitter.com/NsbiHWqfQb