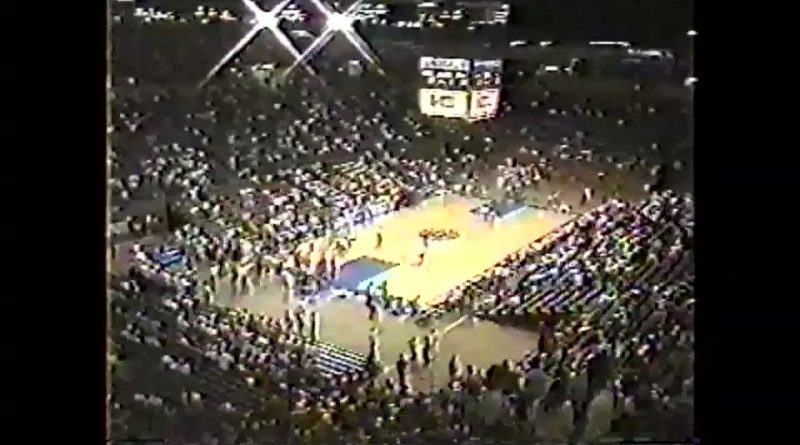 It is Brad Johnson Day! #2 – Before he became a Vikings QB and Super Bow winning QB, Brad Johnson dreamed of being an NBA Player. He hurt his college FB starting chances when he played both BB and FB his first 2 season at Fla State. Here he is in March Madness. #vikings pic.twitter.com/pWJvMRsrVl