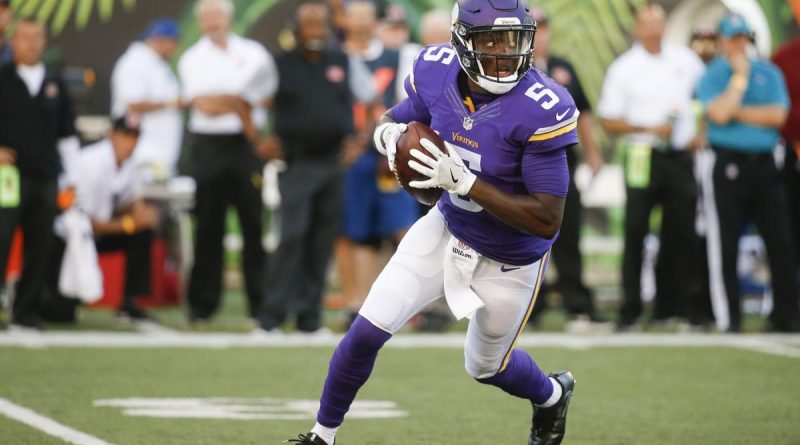 Reports (often conflicting) continue to arise about the recovery of Vikings Quarterback Teddy Bridgewater.   Just last week, former Viking Bob Lurtsema reported that he “saw Teddy throwing, and he looks great. I expect him to be a full participant at Training Camp in Mankato.

Now, Bob has always been one to lean on the side of overly optimistic, but let’s say his assessment on Bridegwater’s recovery and health are true.  Does that mean an all-out competition in camp between 2016 starter Sam Bradford and the 2015 starter in Bridgewater?  Well, it should, but rumors continue to surface act if Teddy Bridgeater is healthy, he is the Vikings starter.

Whether those rumors are true or not, it would be a shame if the starting Quarterback position for the Minnesota Vikings was not decided based on the better man winning a competition for the role.  No, Teddy does not deserve to lose his job as starter due to injury, but, if he is that good, then he should have little trouble disposing of the challenge that comes from former #1 draft pick, but oft-jared and much traveled Sam Bradford.

Trouble is, Bradford played extremely well in 2016, with 20 touchdown passes and only 5 interceptions in 15 games of work, and under horrible offensive conditions for the woefully injury-depleted Vikings.

Bridgewater played somewhat better than average in 2015, and was having a very good 2016 training camp and preseason, but he still has not proven on the field to be able to do what Bradford can – throw the deep ball with consistency and accuracy, and to create plays, instead of just managing the game.  He absolutely looked fantastic in 6 preseason series, but, combined, that is less than a half of NFL action, playing against bland exhibition defenses, and still did not throw or complete anything deep.   So, while he may have been about to turn the corner, the Vikings should MAKE him actually turn that corner, versus just assume he will.

Too many times, we have seen the quarterback job handed to the likes of Gus Frerotte, a 38 year old Brad Johnson, Tarvaris Jackson, Christian Ponder, Matt Cassel, Josh Freeman and the list goes on.   No competition, just a “gimmie”, and the Viking offense suffered each time.  One of th most frustrating things for fans is to watch Tarvaris Jackson and Christian Ponder be coddled, not played in preseason and given no competition to push their development.  As a result, every 2-3 years, the Viking experiment at the quarterback position began anew.   Other than one rent-a-year with Brett Favre, the last consistent signal-caller the Vikings had was Daunte Culpepper….in 2005 (where he had declined before he got injured).

The Vikings have the best of all circumstances at their QB position – a young veteran who has proven he can win with this team, and an even younger veteran who is attempting to return from a devastating knee injury to prove he is indeed the future franchise QB of this franchise.  He is a great guy and loved by his teammates, and if he is the better man on the field, then Teddy Bridgewater should be the Viking starter for the next decade.  But, if Sam Bradford proves to be better, he is still young enough to lead this team for 8-10 years too.   The better man should win, and the Vikings should let this scenario play out as a full competition – for the good of the team, the players, and the fans expectations of a Super Bowl Contender.