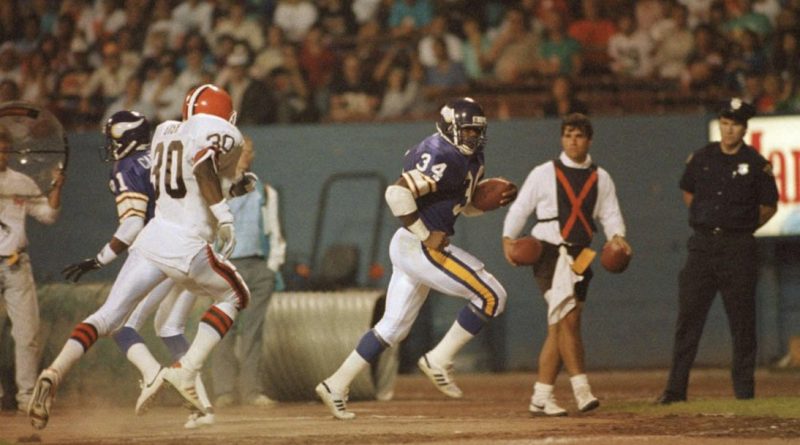 Herschel Walker in a preseason game in Cleveland in 1990. Such a wasted talent in MInnesota- Jerry Burns just refused to use him to his skill set. 30 touch RB per game got 13 in Minnesota. Bad trade? Only because he was never given the chance to carry the franchise. pic.twitter.com/HRqA8dqFsz