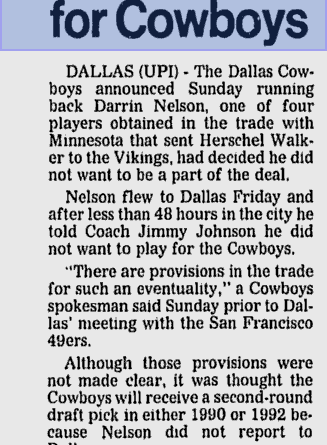 Few remember that Darrin Nelson was part of the trade that sent Herschel Walker to Minn in 1989. Most joke that Disco Darrin did not want to play in Minnesota (his disco comment was a joke MIN fans did not get). But, he would NOT play for Dallas. Returned to MIN the next year. pic.twitter.com/mnkQJ1M2W2