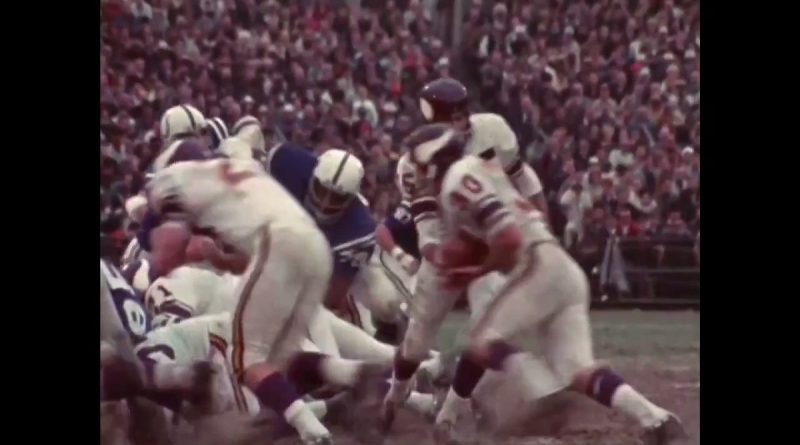 Carl Eller is a HOF defensive end, & in college he was a 2-way star (Tackle on Offense). But, did you know that he put his offensive skills on display in the NFL? Here he is playing OT in the 1968 Playoff game vs the Colts (1st ever Viking playoff appearance), @CarlEller81 pic.twitter.com/BcLyzGF7md