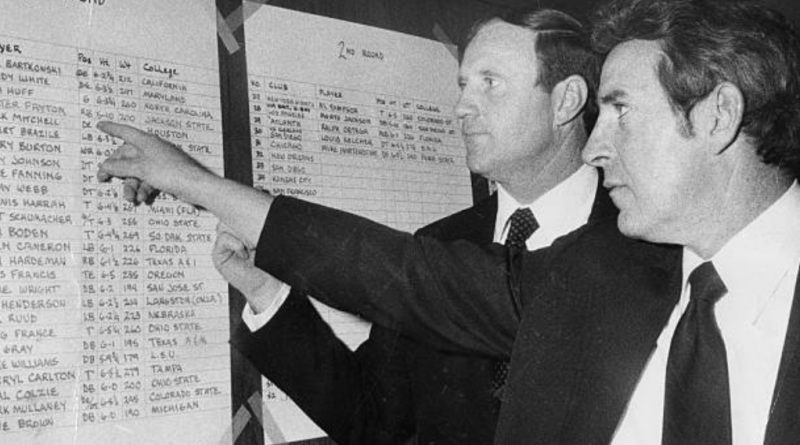 2nd to Bottom, the Vikings got underrated DE Mark Mullaney (cast aside after a players strike in 1987), but Jim Finks, who left Minnesota in before the 1974 season, picked the grand-daddy of them all with Walter Payton as the 4th overall in that 1975 draft. pic.twitter.com/QNzTBitPlu