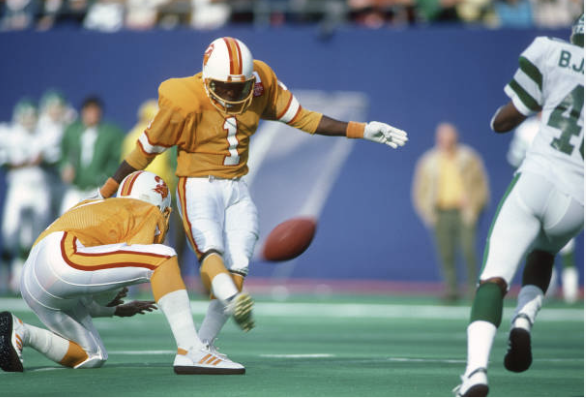 1in the fall of 1990, Vikings kicker Donald Igwebuike brought up on drug smuggling charges. He had sent money home to Nigeria and that money went into a drug smuggling ring. Donald was later acquitted, but we assume Jerry Burns was none too happy when he had to cut him. pic.twitter.com/67rJkKzgY8