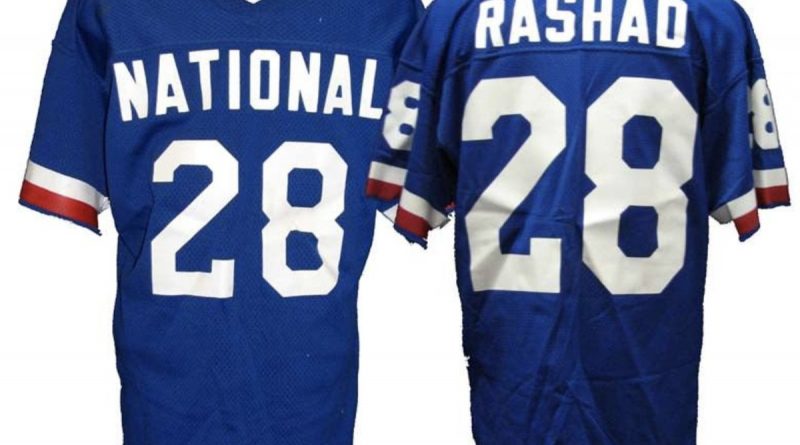 1970s Day at VikeFans – the 1979 Pro Bowl Jersey of Ahmad Rashad. Rashad won the Pro Bowl MVP that day, but, adly, no footage or photos of Rashad from the game exist. He caught 5 for 89 yards, with most of his passes coming from Roger Staubach. @NBATVAhmad pic.twitter.com/CUWavx1xpI