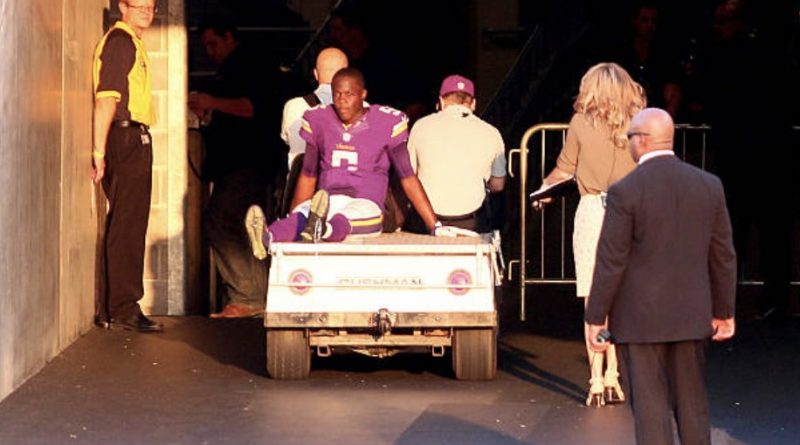 Teddy Bridgewater carted of the TCF Bank Stadium field after a concussion vs the Rams in 2014. Poetic of the sun-setting on his Viking career (although that happened in 2016), but we believe he is in the driver's seat to be the starter in Denver on Opening Day. Good for him. pic.twitter.com/TW2ThQQtcy