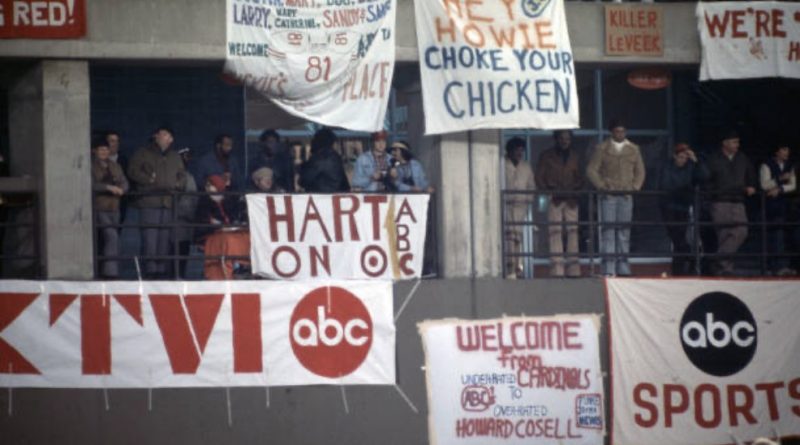 Freeze Frame – Cardinals vs Vikings – 1974. Remember all the banners that used to be allowed at games (they were not all G-rated)? And the 2nd photos is Howard Cosell preparing for the Monday Night Broadcast. Vikings used to be good in primetime, beat the Cardinals 28-24. pic.twitter.com/EhDiOg8ZVN